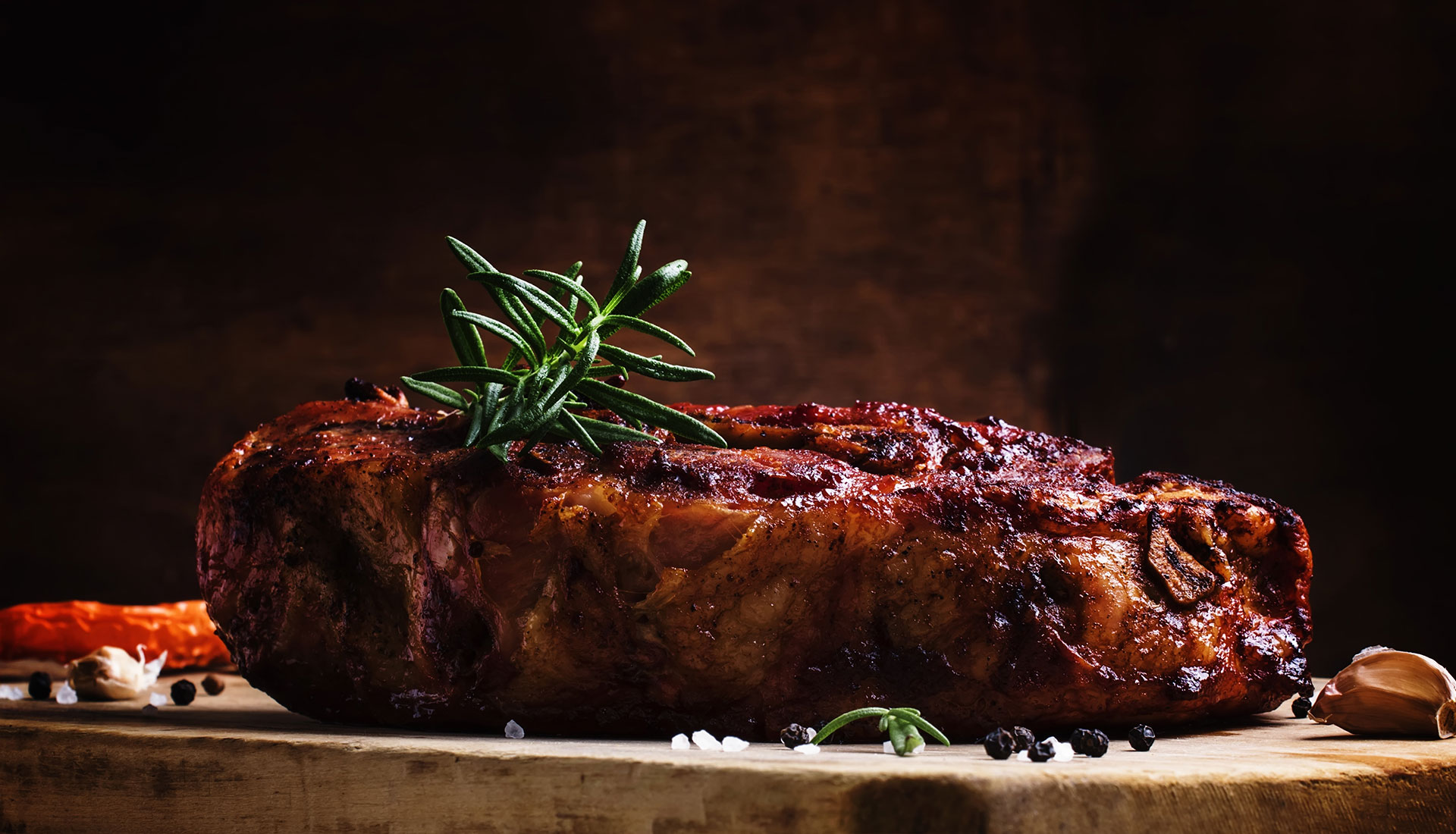 Season the roast with salt and pepper and cook over a low, indirect fire until the meat is very tender and has reached an internal temperature of 190F (88C), about 3 to 4 hours. Add hickory chips to the coals in small amounts during the cooking. Slice, chop, or "pull" the meat into small pieces and toss with a little bit of sauce. Serve additional sauce on the side. Serves 12 to 15.

They say that a barbecue expert can tell which North Carolina county you live in based on the type of barbecue sauce you prefer. I don't know if that is true, but I do know there is a fierce rivalry between the vinegar-based and ketchup-based factions, so I have decided to give them equal time here.

Reproduced by permission of Worldwide Recipes.